Home / International-News / Zaki Mubarak Hasan: the mysterious case of the former Palestinian 007 engulfed by the prisons of Erdogan 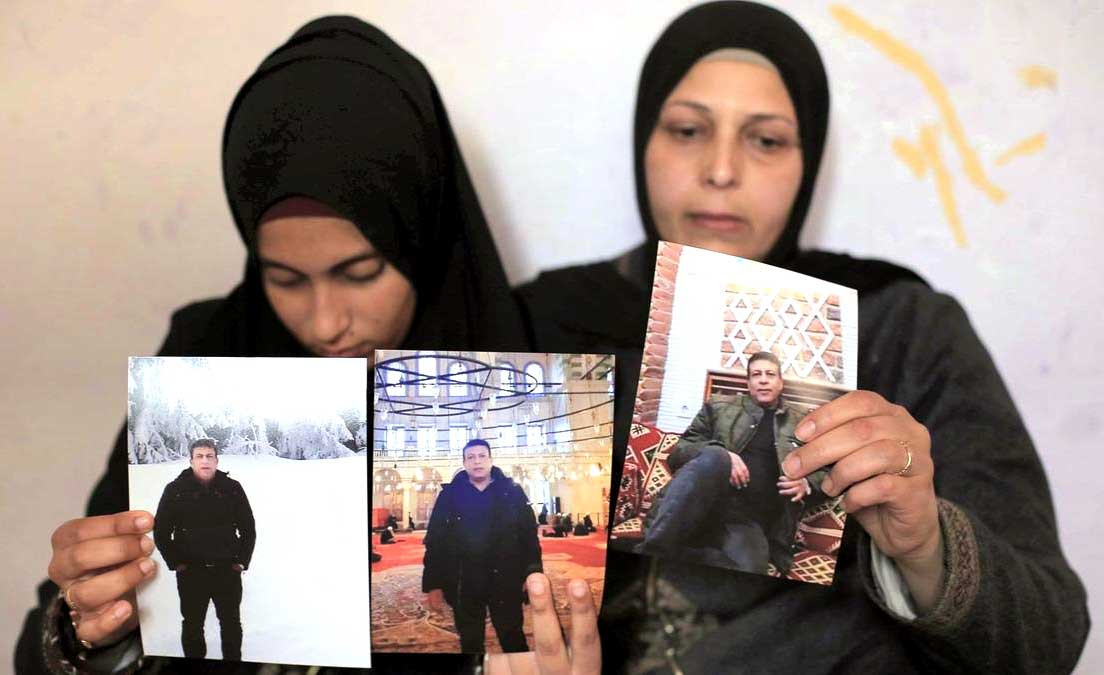 Photo: the daughter and sister of Zaki Mubarak Hasan

According to the Turkish authorities, he allegedly committed suicide in prison; he was barbarously tortured and killed, says his family. The death of Zaki Mubarak Hasan, the Palestinian arrested by the Erdogan police on charges of espionage and found dead on 28 April in his cell in Silivri prison, just outside Istanbul, could have triggered another international case such as the one raised over the death of the Saudi journalist Jamal Khashoggi.

But only a few people still write about him and his end. Those who do, all work for newspapers in Saudi Arabia or the United Arab Emirates.

We decided to take care of it after seeing the medical report given by the Turkish authorities to Zaki’s family. It was his brother, Zakaria Mubarak, who told us about him on Whatsapp from Bulgaria, where he lives. We were also driven by the fact that the daughter of Zakaria, the most active of the family in the search for the truth, was attacked a few days ago with a knife by unknown people who ordered her to invite her family not to deal with the controversial suicide. Now the girl is in hospital: she is recovering.

The family tell us that Zaki left Bulgaria, where he lived with his brother, on 30 March. On April 3, a few days before his arrival in Istanbul, he had been lost. Then, on April 15, the first cold shower: the Turkish authorities had made it known that they had arrested him along with one of his compatriots on charges of political and military espionage on behalf of the United Arab Emirates.
Zaki and the other Palestinian prisoner, Samer Shaban, confessed in prison to being in Istanbul to spy on Arab citizens living in Turkey: in particular, characters from the PLO (Palestine Liberation Organization), Hamas and the Muslim Brotherhood. The Turkish authorities had also added a significant detail: they were investigating the possible involvement of one, two Palestinians in the death of Khashoggi, killed on October 2, 2018, in the Saudi consulate in Istanbul. The man arrested with Zaki, Samer, would have arrived in Turkey just a few days after the murder.

On April 28, Zaki’s family received news of his death in prison: he committed suicide in his cell by hanging himself in his clothes from the bathroom door. The Palestinian embassy in Ankara says a meagre statement: “The Turkish authorities have performed an autopsy on the body to find out the reasons for his death and the embassy is waiting for the final report”. Then, the silence.

At this point Zaki’s body should have been returned to his wife and children, who live in Gaza. But there is an inexplicable delay: the body only arrives at Cairo’s international airport on 13 May, fifteen days later. The Turkish medical report also arrives with the body. Reading it (full photo at the end of the article), the family receives confirmation that something just doesn’t add up. The coroner’s report, dated 28 April, says that Zaki died of being beaten. He explains that the death was due to unknown circumstances. One section of the report reads, “Is there a chance to get more information?”. The answer is no.

It is at this point that the family asks for a new autopsy to be performed in Egypt. Brother Zakaria, who rushed to Cairo, saw the body. The body arrived “empty”. Even the language is missing. Everywhere there are signs of beatings and burns: blows to the head, deep wounds on the feet, signs of strangulation on the neck. The suicide version doesn’t hold.

Zakaria decides to go all the way and announces that he wants to appeal to the French government to investigate the Turkish authorities on the basis of the results of the new autopsy performed in Egypt. These results will only be available in mid-June.

On 25 May, Zakaria’s daughter is attacked with a knife in Sofia, Bulgaria, where she resides with her father. Zakaria tells the Saudi daily “Al Arabiya” that the attackers, speaking in Palestinian dialect, would tell his daughter that they were willing to kill all the members of the family. “Tell your father that we will kill you all if he doesn’t stop”.

In Istanbul, the charge of espionage on behalf of the United Arab Emirates is not a good business card. Relations between Turkey, the Emirates and Saudi Arabia are very bad: at the center of the tensions is the support of Turkish President Recep Tayyip Erdogan to the Muslim Brotherhood, the leading organization of the so-called Arab Springs. But there is not only this. Inside the Zaki case, there could also be the struggle between the different Palestinian factions, all equally active in Turkey. 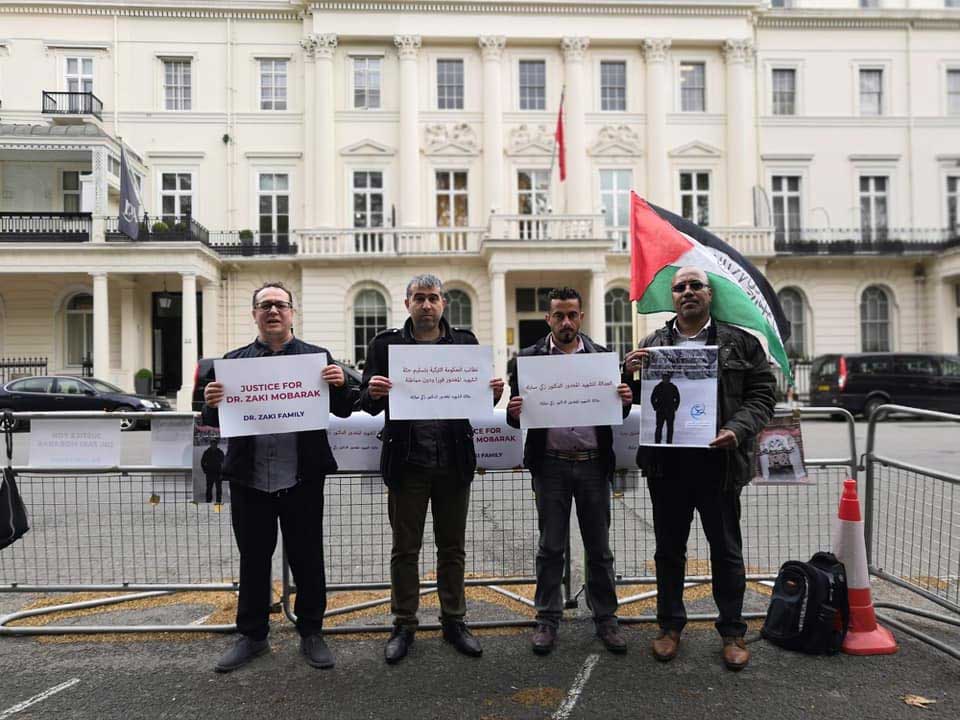 Zaki came from the Gaza Strip from which he had escaped in 2007, when Hamas, the organization close to the Moslem Brotherhood, forcibly took it away from the control of the PNA, the Palestinian National Authority.
Zaki, who was an officer of the intelligence of the PNA, in 2007 moved first to Ramallah, in the West Bank, then to Bulgaria. Samer Shaban also worked for the security apparatus of the PNA and had left Gaza in 2007: he had gone to work at the Palestinian embassy in Dubai, in the Emirates. According to his family, he retired in 2018. But according to Turkish intelligence he is a man still close to Muhammad Dahlan, the rival of the president of the NPC, Abu Mazen. Abu Mazen is also the main representative of the PLO: it is no coincidence that the Turkish authorities have made it known that the two Palestinians arrested in Istanbul were spying on the representatives of the Palestinian organization. All this while President Abu Mazen is in check, isolated from his own historical allies: Saudi Arabia and Emirates will take part with their representatives in the economic workshop in Manama, Bahrain, which Abu Mazen has decided to boycott. It is there that the Trump administration is preparing to decide the economic future of the Palestinian territories. And maybe not only that.

The Palestinian embassy in Ankara for now seems to have moved very little for the two countrymen who ended up in the network of the Turkish police. Zakaria says he contacted the Palestinian ambassador from the first days of April, immediately after the death of his brother Zaki, but he didn’t receive any help. On the contrary, he confessed that at a certain point the embassy stopped responding to his calls.

Zaki’s body was buried a few days ago in his hometown of Deir al Balah in the Gaza Strip. Samer is still in the Turkish prison of Silivri: his family is afraid for his life. 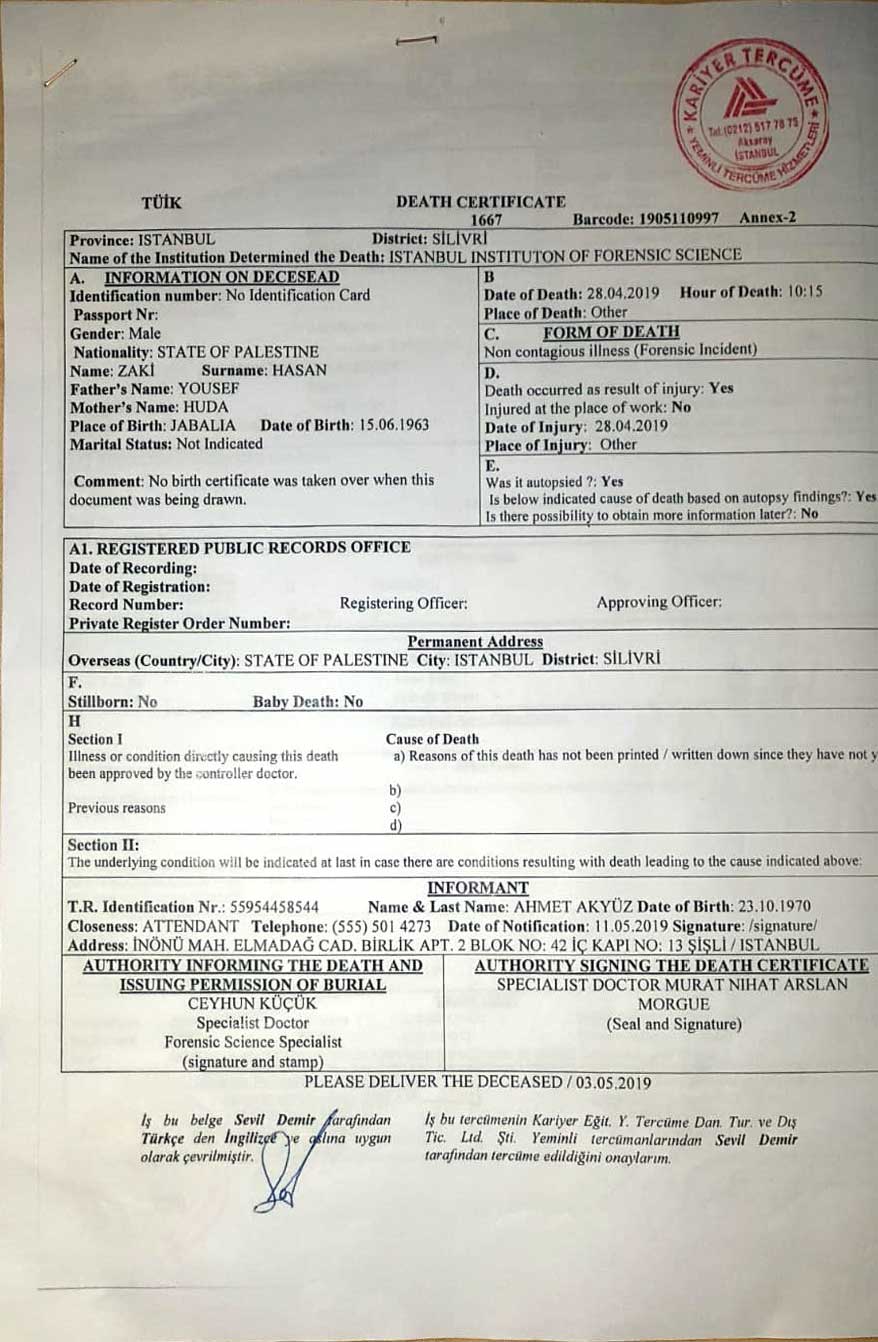