Home / International-News / LIVE – Iran starts attack against US bases in Iraq, is it war? Probable VIDEO


Update 02:15 a.m. Jerusalem raises the alert for possible attacks from Lebanon by Hezbollah to the highest levels

1:55 am Iran seeks to involve Israel in tonight’s attacks: according to Iranian wire TV, if the U.S. tries to respond tonight to attacks received from Tehran, they will strike the Jewish state. There is an Italian base in Erbil, at the moment none of our soldiers are involved in the attacks.

1:37 am Trump administration cabinet in progress. American media have announced the arrival of the U.S. Secretary of Defense with a large bag at the White House: is preparing a response to Stars and Stripes? In the meantime, the first news of casualties on a U.S.-based basisThe video of the impact of Iranian missiles on a U.S.-based basis

1:27 a.m. Iranian Air Force jets are taking off from bases in the Ayatollah country. Iranians already in the air

The video of the impact of Iranian missiles on a U.S. basis

1:18 am – According to some Iranian citizens, a new wave of missiles has just left for Iraq

01.03 a.m. – It seems that a US base in Kurdistan is also under attack from Iran. The source of this new news is Iranian. On Iranian state TV they threatened the U.S. with “even heavier” responses in the event of a U.S. attack.
The Pentagon confirms base attack on Ain al-Assad and Erbil. 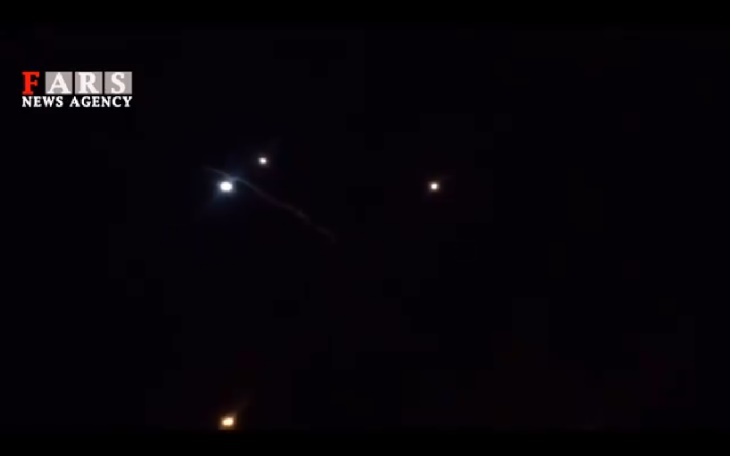 Five to ten missiles have been fired from Iran into the Ain al-Assad air base, which is home to Iraqi and US troops in Anbar province in western Iraq. From the first news coming from the Middle East, the base is currently still under attack and Iran itself has confirmed that it has begun to hit US targets. There are currently no reports of any casualties or injuries. The new commander of the Revolutionary Guards, announced in a statement read by Iranian state TV, that retaliation against U.S. forces has officially begun following the elimination of General Qassem Soleimani. Other news coming from Iraq, state that other US-Iraqi bases are also under missile attack…

It seems that the President of the United States of America Trump called a meeting just after the American Air Defense announced that missiles had been fired at a U.S. base. He’s probably preparing a star-spangled response. One piece of news yet to be confirmed: U.S. planes are reportedly taking off from the United Arab Emirates in the direction of Iran. Iran itself has declared that those who will help and make use of their bases to use U.S. planes in hitting Iranian territory will be subject to retaliation.
This could be the beginning of a war that no one knows where it will lead.

VIDEO: @FarsNews_Agency posts unverified video claimed to be of missiles being launched towards Al Asad Airbase in Iraq.https://t.co/1QLWlqfRxP